If you had to describe how to produce a recipe video to be distributed on Facebook, how would you do it? There are good chances your description would include overhead video, accelerated shots and some text.

Launched in 2015, Tasty’s Facebook page now has over 87 million fans (I can’t seem to wrap my head around saying “87 million likes” to describe the size of a Facebook page…).

Tasty’s approach was born off an algorithm change Facebook made that, following tests and research by Buzzfeed’s team, showed 40-second videos were the ones that had the most viral potential and the highest organic reach.

The internal team built off this discovery, named “FB40”, thus established that short, fast-paced recipe videos were the best candidates to work with the new algorithmic challenge launched by Facebook.

And that is how the Tasty brand was born, under the Buzzfeed umbrella.

Today, pretty much every single food brand has inspired itself (read: copied) the model at some point or another (and we are guilty of it at Toast!). But it works.

Farhad Manjoo, from the New York Times, recently visited the installations of the brand, where half a dozen stations are aligned in a large studio where the videos are shot. Producers and in charge or production, direction and delivery of the videos.

The legendary obsession of Buzzfeed (including Tasty) on performance makes it so that once a producer discovers a particular editing approach (for example) that generates a good number of video views, it is used and reused ad nauseam until death or until a new “twist” is discovered.

For example, recently a producer tested putting the “money shot” (the final product shot) at the beginning of the video instead of the end and realized that it helped a lot in bringing success to recipes where the product “looks good”.

And so it is now standard procedure that most Tasty producers apply.

The New York Times article is filled with very interesting information on how the brand seems to dominate the work of food on Facebook. It will enlighten you on how this brand is able to pull the most from its videos.

And why not apply their performance-oriented culture to your own brand? If you have the feeling that video performance is not at the core of the budgets you invest in the format, email me or call me, we can discuss this with our experts here at Toast. 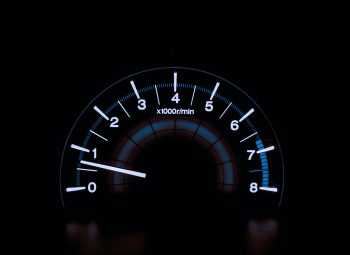